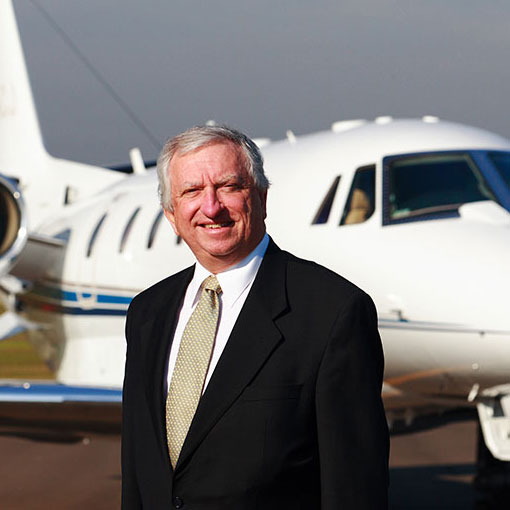 Steve Padgett is the owner and Managing Director of a successful group of aviation companies, SJP Aviation and Flight Options. Steve is also the founder and Chairman of Alliance Aviation Services (formerly Alliance Airlines). Steve started his career in aircraft sales with Hawker de Havilland and launched his own business in 1978, going on the establish Aeromil Australia (later to become Aeromil Pacific) and becoming one of Australia’s largest and most successful privately owned and operated aviation companies.

Steve Padgett continues his passion for all things aviation and the people who work with him in it. In June 2019, Steve Padgett was awarded the Medal of the Order of Australia (OAM) for outstanding achievement and service to aviation.

Steve learned to fly at age 16, winning a Royal Australian Air Force (RAAF) Flying Scholarship, earning a commissioned rank and Instructor Rating and, going on to achieve a Commercial Pilot Licence aged just 19.  Steve has over 3,000 hours flying experience and has flown numerous types of aircraft from gyroplanes to business jets. 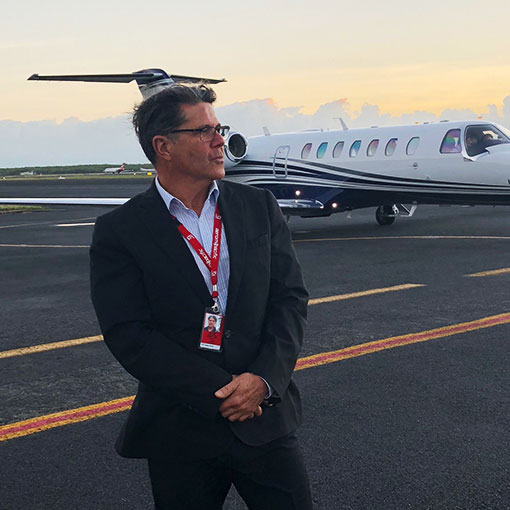 Peter Lang is a seasoned aviation sales professional, having a successful background in advertising, media and marketing and 12 years in aircraft sales and management.

Peter started working with Steve Padgett on projects in 1998 and joined Steve full time in 2007 at Aeromil Pacific in aircraft sales and marketing.

When Aeromil Pacific was sold in 2015, Peter was appointed Cessna Citation Sales Manager at Hawker Pacific.

With the creation of SJP Aviation, Peter joined Steve once again in aircraft sales and marketing. Peter is a Commercial Twin IFR rated pilot.